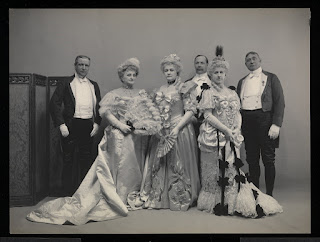 Following the American Civil War, the nation experienced rapid economic expansion, inaugurating what became known as The Gilded Age—a glittering era in which a gilding of economic growth masked growing problems   Perhaps nothing symbolized the era’s contradictions more than the RMS Titanic—with its opulent first-class accommodations overshadowing the 700-plus steerage passengers who had access to only two bathtubs and slept in bunk beds without sheets or pillowcases.

The contradictions of the era extended well beyond the combination of growing wealth and growing poverty.  Ostentation and flamboyant excess co-existed with the Golden Age of Philanthropy.  Farmland grew with wealthy suburbs while cities descended into poverty.  Industrialists battled conservationists and labor unions.  Manufacturers fueled immigration to their staff factories while nativists fought to close the borders.  Corrupt political machines took control of urban politics and widespread social activism and political reform spread across the United States.

Let’s explore the contradictory trends and impulses of the era – and see if they tell us about ourselves and our society today!

Mark Twain and Charles Dudley Warner:  The Gilded Age: A Tale of Today

Douglas Brinkley:  The Wilderness Warrior: Theodore Roosevelt and the Crusade for America

Timothy Egan:  The Big Burn: Teddy Roosevelt and the Fire That Saved America

Erik Larson:  The Devil in the White City: Murder, Magic, and Madness at the Fair That Changed America

Daniel Okrent:  The Guarded Gate:  Bigotry, Eugenics and the Law that Kept Two Generations of Jews, Italians and Other European Immigrants Out of America 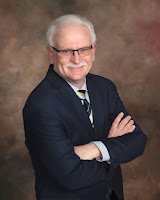 My broad background and deep interest in history, sociology, politics and organizational systems have given me the perspective that nothing ever really happens in isolation.  Ideas, decisions, actions and events all occur in a web of other interrelated ideas, decisions, actions and events.  My students quickly become accustomed to hearing me say, “Everything’s related.”  I enjoy pulling connecting threads to see where they lead – and if you don’t come away from my classes and lectures asking more questions than you started with, I haven’t done my job!